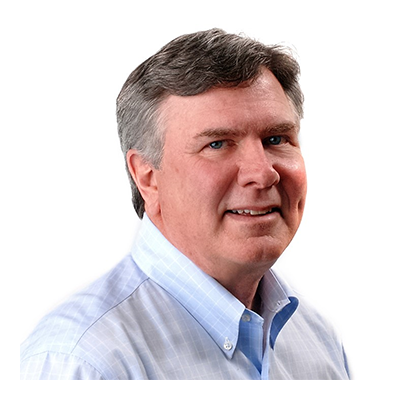 Like many young adults who have just graduated from high school, Terry Hannan did not believe he was ready to go directly to college. Instead, he found a job in the shipping department at Augat, a local company in Attleboro, which designed and manufactured interconnection components. His year of work there enabled him to identify career goals that ultimately led him to enroll at Bristol Community College.

Terry stated that Augat supported employees who tried to further their education. “They worked around my school demands allowing me to work part-time during the year and full-time during the summers,” said Terry. Working there enabled him to identify career goals that ultimately led him to enroll at Bristol Community College. Terry selected Bristol because “the tuition was affordable” and the proximity of the Fall River campus helped him manage the demands of school and work.

Looking back, Terry realizes, “The most important thing I learned was how to focus my energy and attention effectively to enable me to identify a problem, devise a solution to a problem, or meet a goal. This skill is valuable in life, in school and – very importantly – to a future employer.” While attending Bristol, he “honed very valuable business and personal skills” that benefited the entire course of his career. While at Augat he was promoted to regional applications manager and afforded the opportunity to travel the world.

After graduating from Bristol, Terry attended Bryant College in Lincoln, R.I. Bryant accepted every credit he earned at Bristol. Earning his undergraduate degree in 1977, he was positioned to seize opportunities that arose in Massachusetts during the 70’s and 80’s. The technology explosion was due to innovations by communication, technology and manufacturing companies that served customers in the military, aerospace, transportation and medical industries.  To Terry, they represented a way to build an exciting career right here in Massachusetts.

Eventually, he landed a sales position at  Winchester Electronics and stayed for 18 years rising to Global Account Manager. In 2001, Terry accepted and still holds the position of director of sales and marketing at Delta Electronics Manufacturing Corporation in Beverly. The company employs 140 people in the U.S. and 95 in China. Terry thrives in a tumultuous economic market and adapts to change. “In the worldwide competitive environment, you must rapidly identify and implement new ways to meet pressure from overseas. To meet those challenges, I draw directly upon the skills I first acquired at Bristol.”

Terry considers himself fortunate to have pursued his entire career in Massachusetts – where he grew up and has raised his own family.  As a child, his father’s job as a newspaper editor required that the family move every few years. Terry remembers how difficult it was to leave friends and transfer to other schools. Based on his personal experience, he was determined to attend college and build his career in this region. He lives with his wife Sherry, who he met at Augat, and has raised three children while living in their dream home. Working close to home, he says, “… has enabled him to coach his children’s sports team and to enjoy being present for their developmental and educational milestones.”