Class of 1974 – Improving the Quality of Life for His Constituents 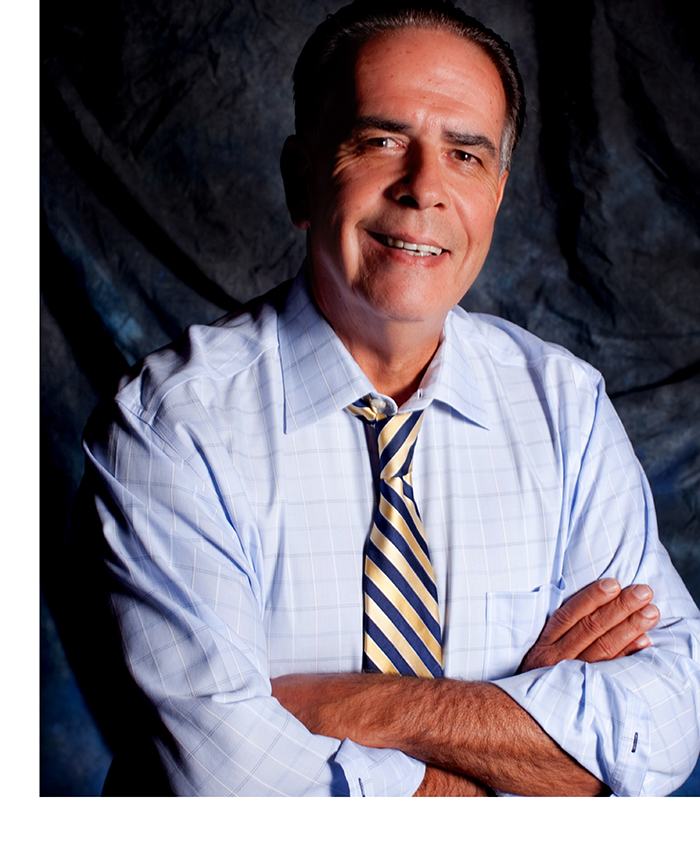 At age eighteen, Alan Silvia, Corporal USMC, was a communications operator with top secret clearance. He traveled throughout Southeast Asia carrying classified communications.  Every day on his tour of duty he dreamed of going back to school and becoming the first person in his family to go to college. “I made it through some difficult times, boot camp and infantry training, but I knew I needed to return to school to become successful,” says Silvia. Now a Massachusetts State Representative, Silvia looks back on his journey.

His parents taught him responsibility, loyalty, and a strong work ethic as they toiled in the mills. His mother labored as a blind stitch operator and his father worked with textile dying chemicals. “My father never made it past the 7thgrade,” said Silvia. Like many families living in the South End, working in manufacturing was the thread that tied them to Fall River.

For Silvia, a life-long Fall Riverite, his tour in Southeast Asia and his commitment to public service provides him with the experience necessary to emerge as a strong advocate for veterans’ benefits and a beacon of hope for some of the most impoverished citizens in southeastern Massachusetts.

He obtained an honorable discharge from the United States Marines and returned home a disillusioned young man. Violent protests erupted throughout the United States when public support for the Vietnam War radically declined. “When you are in the military you do not have any choices,” says Alan. “We were following orders and doing what we had to do.” He painfully recalled an incident during the debriefing process in San Francisco California when he was publicly ridiculed. While in uniform, citizens booed him and called him names. Officers suggested he change to civilian clothes before leaving the base. He felt sad and confused.

The GI Bill funded his college degree and provided the forward momentum to achieve his dream of working in law enforcement. He enrolled at Bristol Community College in the criminal justice program with the goal of “passing the exam” and starting his career with the Fall River Police Department. “Bristol is the right place for our veterans,” he said. Veterans can get lost in a 4-year university but they get the support and resources they need at a smaller community college. “Bristol gave me the opportunity to start my life over.”

He fondly remembers his instructor Raymond Lavertue and how he brought his work experience of serving on the East Providence Police force into the classroom. As a student at Durfee High School, Silvia did not feel motivated to study. It was at Bristol that he developed “an appreciation for education” and liked “the freedom and creativity” he was given at the college.

In 1983, Silvia served as the investigating officer for the Fall River Police Department when a young woman was found lying in a pool of blood under the bleachers at Diman Vocational Technical High School.  As more gruesome murders in Southeastern Massachusetts followed, his education and police training was tested. “Evil really does exist,” said Silvia. For three years Carl Drew and a Satanic cult consumed his life as the investigation unraveled devil worshipers linked to a prostitution ring.

“The cult used hatred and violence to manipulate people to commit some of the most vicious crimes in the state,” said Silvia. In many ways this case defined him as he was interviewed for television documentaries and assisted the author to prepare the book Mortal Remains. Silvia’s investigation would lead to a murder conviction for Drew. “This case still haunts me now.”

Silvia emerged from the case as a well-respected detective. He went on to investigate more than 30 homicides during his tenure as a detective with the Major Crimes Division. While on duty in 1998, a serious car accident derailed his career. His unmarked police cruiser was struck from the rear by a vehicle traveling at a high rate of speed. “I had fractured vertebrae and I had to accept the fact that I could no longer do police work.” Most people would have felt defeated but Silvia looked for other ways he could serve his community.

Silvia ran for State Representative because he was “not happy with the political representation” he had witnessed in the South End. Although he did not win the first time he campaigned for office, he picked himself up and ran again. Since being elected in 2012 as State Representative in the 7thBristol District in Fall River, he has run unopposed.

Silvia says that Fall River’s South End is one of the poorest communities in the commonwealth. “My job is all about helping, I have done that most of my life.” He dedicates much time to constituent services which includes providing resources to jobs, housing and healthcare. Silvia is dedicated to improving the quality of life for the residents in his district. He also serves as president of the South End Neighborhood Association.

As a retired veteran, Silvia is committed to providing our veterans with the best services available and helping them integrate back into society. “I think we can do more for our veterans,” says Silvia. “There is so much that we can do to get rid of the red tape.” He has served as Vice Chair on the Joint Committee on Veterans and Federal Affairs where he reviewed all legislation concerning veterans. In 2017, he was assigned by the speaker to Vice Chair of the Joint Committee on Public Safety and Homeland Security. He remains very involved in veterans issues and is a member of the Committee for the Vietnam Veterans Memorial Wall in Fall River.

As a legislator, one of the things that Silvia is most proud of is appropriating over $300,000 for the Joseph A. Marshall Veterans center conveniently located at Bristol Community College’s Elsbree Street campus. “It is so important for our veterans to have a center where they can bond with other veterans and get the support they need to continue with their studies,” says Silvia. “Bristol Community College has a growing veteran’s population. I speak to veterans often about the importance of attending college because my experience at Bristol helped me kick off the rest of my life.”

GI Bill® is a registered trademark of the U.S. Department of Veterans Affairs (VA). More information about education benefits offered by VA is available at the official U.S. government website: https://www.benefits.va.gov/gibill/.